While planning out our summer one year, I asked my kids what they wanted to do. Being a long-time Kinsmen and having involved my kids where possible in the past, they quickly asked me what I would be doing with my club. Most clubs take a break over the summer months but we hatched a plan to research nearby events and activities and take trips to clubs that were driving distance from The Pas and Hudson Bay, Saskatchewan.

Our first adventure took us to Yorkton, Saskatchewan where we headed out to the amazing York Lake Kin Point. The Kinsmen and Kinette clubs have built a playground there that the kids loved. The campground and lake were gorgeous! We also found a couple of spray parks around town that bore the Kin logo and name. It's too bad that we couldn't meet up with any local Kin celebrities (Hanishewsky’s) but they did help us locate the parks.

Next up was Canada Day weekend and the kids know that means: hot dogs in the park for The Pas Kinsmen. The kids have helped the club hand out hot dogs and cake for several years now and they love working alongside the amazing Kin families that make up The Pas.

I surprised them a bit and picked them up a day early so we could take a detour to Swan River (2 hours south of The Pas) and go for supper and swimming. The Swan River Kinsmen Club donated an amazing waterslide to the recreation complex there. We also took a quick detour to see their food booth on the rodeo grounds. 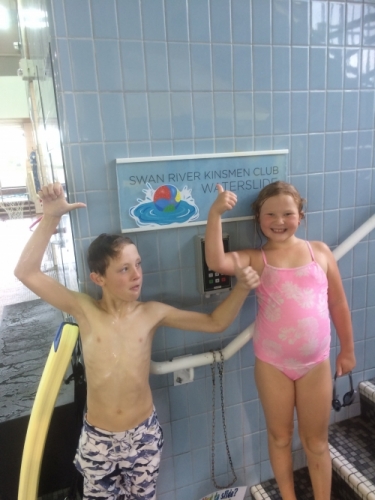 The Pas did fireworks on the 30th so I thought that, after we handed out hot dogs, a quick 4-hour drive to Prince Albert to see more fireworks would be fun. We were surprised to get there and find out that the fireworks took place at Kinsmen Park. It is HUGE and has so much green space to hang out in! We caught a free concert being played by local musicians in the Prince Albert Kinette Amphitheatre. 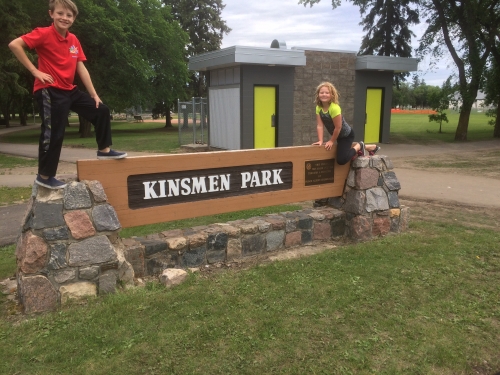 The next day, we spent some time at the Kinsmen waterpark; it is a multi-million dollar project with several slides, a huge hot tub, a wading pool, and a monster swimming pool. 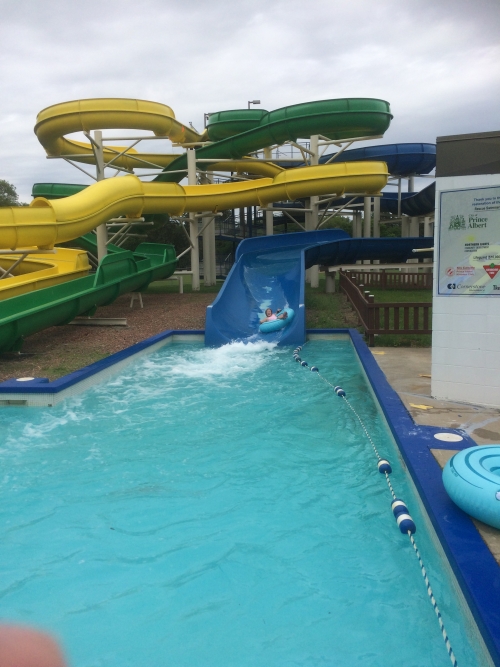 A few weeks later, I took my then 7-year-old daughter, Saryn, to Saskatoon. We were going to Saskatoon to catch the World 3X3 Basketball Tour. The morning before the games started, we made our way to another very impressive Kinsmen Park. The slides and zip line were amazing but the fact that Potash partnered with them to add a train ride, Ferris wheel, and carousel just made Saryn's day! Even crazier was that, while watching games and taking part in the festival, we got to chatting with the Hoops of Hope booth that raises money for Cystic Fibrosis. It turned out that the tournament's title sponsor was the POW City Kinsmen! Meanwhile, my son, Jackson, was playing in provincial fastball championships. Jackson proudly noted that the team was helping at the Kinsmen Ball Diamonds in Melfort so he "was having his own Kin weekend".

The next weekend, I took Jackson for a weekend trip to Dauphin. We visited the amazing Kinsmen pool there that the local club helped to fund with the city. Jackson said it was the largest Kin logo he had ever seen!

The next 2 weekends involved trips to Regina. The first was to see Bodies in Motion and golf with Jackson. The next was to take the kids to the Queen City Ex. We found a couple of Kinsmen parks around town (none with logos), the gymnastics center and, most importantly, a whole bunch of Kin selling car raffle tickets at the Ex itself. This led to my kids noting that I seem to know lots of pretty ladies everywhere we go. This, unfortunately, was the end of the kid's Summer of Kin but not dad`s, and boy were they mad about that! 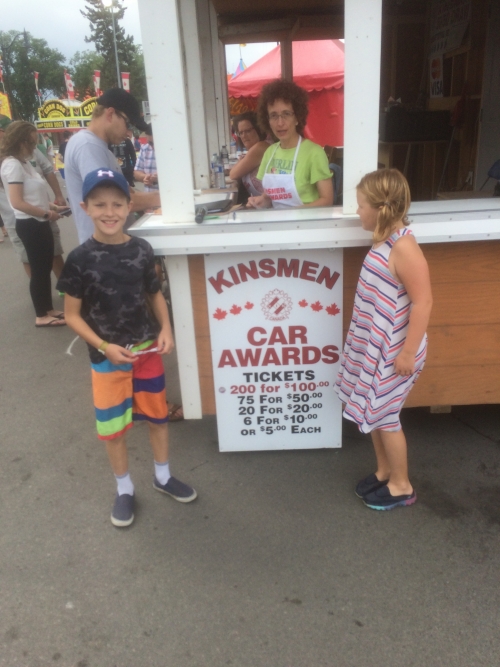 I continued on to Kin Canada's National Convention in Halifax to compete in the public speaking contest and (unbeknownst to all members at the time) attend a wedding. The wedding of two fellow Kin was a surprise and it was great to be there!

I ended my Summer of Kin off on the September long weekend as project chair of the 1st Annual True North Tough Mud Run held by The Pas Kinsmen.

While it was a busy summer, it truly made me appreciate Kin so much more. I got to see Kin through the eye of kids who greatly benefit from the events and projects that clubs take on. Every community we visited was better off because of their local Kinsmen, Kinette, or Kin clubs; and I only saw a small glimpse of what each club did for their community. Searching for Kin-related activities also made me think of my childhood growing up in Edmonton. I now realize how much Kinsmen, Kinettes and Kin played a part in it. I have a passion for Kin for various reasons but our Summer of Kin experience added more to that passion.

So what is up for Summer 2019? I don’t know yet but I do know that everywhere I take the kids we'll be finding the Kin Canada logo and seeing the effects that clubs have on their community. Because of our Summer of Kin, we have so many fun family memories and stories to tell!