The year was 1941, and an urgent transatlantic radio broadcast from British Minister of Food Lord Woolton directed the following question to millions of listeners in Canada and the United States:

“Won’t you people in America do without cream in your coffee just one day a week so that little children in Britain can have milk?” 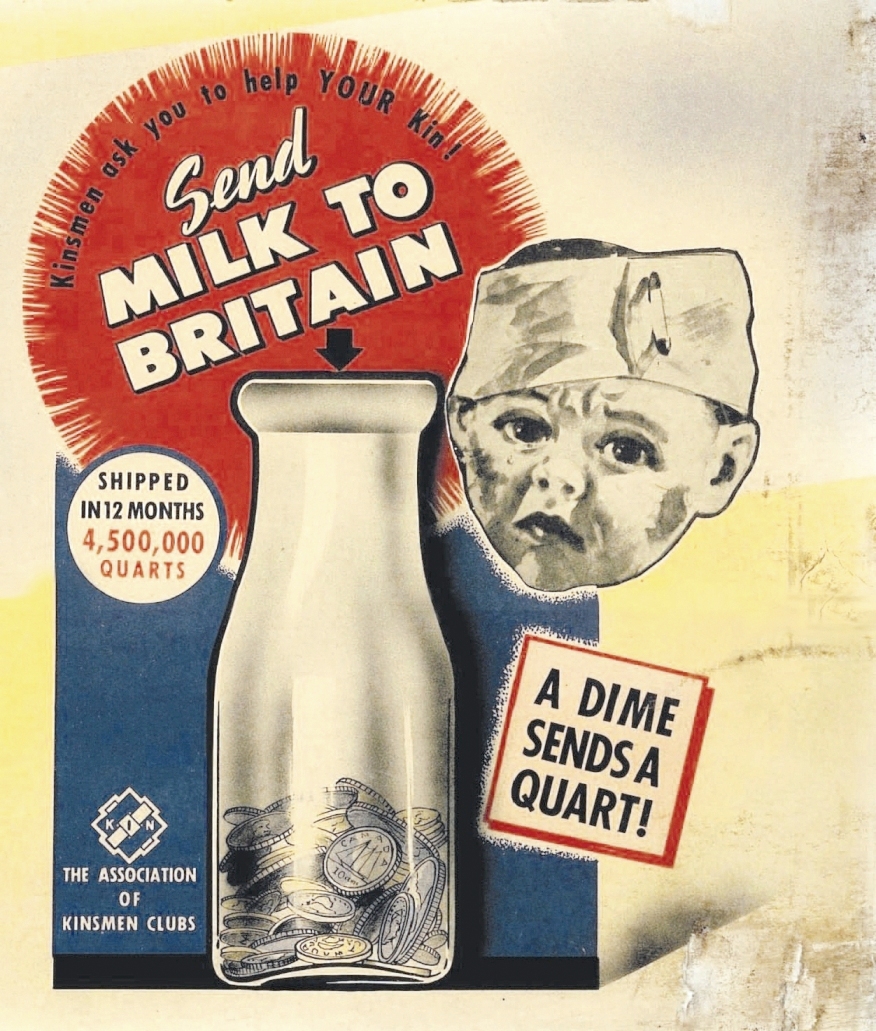 Lord Woolton’s appeal was later reinforced when Sir Winston Churchill was widely quoted as saying, “We must put milk into our children!”

It’s hard, perhaps impossible, for those born after the Second World War to appreciate the seriousness of Lord Woolton’s cry for help. Adolph Hitler had boasted that one way he would attack Great Britain was by denying Britain’s next generation adequate food. One reason Hitler employed his dreaded U-boats was to destroy supply ships and cause widespread malnutrition among millions of British children.

Many people in North America, undoubtedly, heard the Food Minister’s desperate call that night for assistance. However, we now know that only one person responded by sending milk. 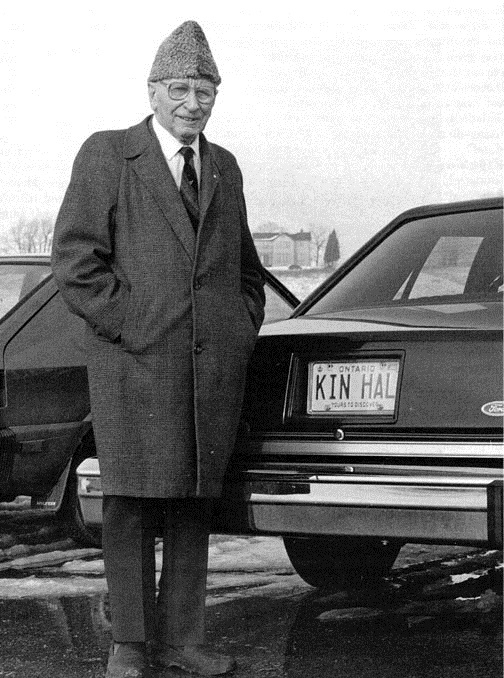 A Canadian veteran of the First World War, Harold Allin Rogers was on the phone the next morning informing government officials in Ottawa that Kinsmen would supply the milk. It was a bold promise for many reasons, including the fact that Mr. Rogers, the founder of Kinsmen Clubs of Canada (today known as Kin Canada), was no longer officially a member. Kinsmen was a young men’s service club, and at 42 years of age, Mr. Rogers had himself fallen victim to the upper age limit of 40. Mr. Rogers had to somehow convince the rank and file, those who were the ones now committed to supplying British children with milk, that this was a war service project worthy of the Kinsmen. Undoubtedly, the first difficult challenge Mr. Rogers had to face was the widespread enlistment of Kinsmen into all branches of Canada’s armed forces, because Kinsmen members were all males between the ages of 21 to 40. In fact, there were only about 100 Kinsmen clubs when the Second World War broke out, with a total membership of barely 2,600.

The members asked Mr. Rogers at the outset to chair the Kinsmen “Milk-for-Britain” Campaign, and he did so for its duration. His wife, Elspeth, and their two young children, Hal Jr. and Diane, accepted his long absences as he crisscrossed Canada, promoting the campaign to anyone who would listen. The entire Rogers family understood the “Milk-for-Britain” project was essential to the physical and emotional well-being of millions of children.

In the end, Kinsmen Clubs of Canada exceeded even Mr. Rogers’ boldest expectations, and the result was nearly $3 million (approximately over $30 million in today’s dollars) raised between 1941 and 1948 from the Canadian public, and an estimated 50 million quarts of powdered milk shipped to British children. (A pound of dried milk produced about four quarts of fluid milk. It could be used for puddings and cooking, as well as for drinking.)

However, this is only the end result of the truly enormous effort that Kin Canada and Canadians across the country put in towards the Milk for Britain campaign. Canadians truly bonded together to help Britain out in its time of need, and it is a story that deserves to be told after so many years of being largely forgotten.

Tune in tomorrow to hear the rest of the story and to get more information on the historic Milk for Britain campaign: a forgotten moment in Canadian history that truly demonstrates what it means to be Canadian, and a member of Kin Canada.

If you have any questions about Milk for Britain or would like more information, contact Sarah Welton (swelton@kincanada.ca)